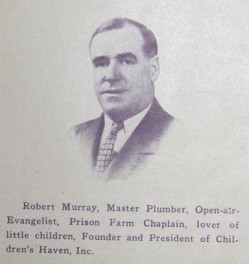 After twenty-five years in open air evangelistic work, Mr. Robert M. Murray had seen at every meeting many children gather with adults and respond wholeheartedly to the gospel. He realized the need of doing something to win the children to Christ and to help them to grow in closer fellowship with God. He taught them Bible verses and choruses, took their addresses and birthdays and would send them cards. But there was so little that he could do for them. There was no one to keep in touch with them on and help them on a regular basis.

Having also spent time as a chaplain at a prison farm, and seeing the hardened, ruined lives of the men, the burden of reaching children was heavy upon him.
God then gave him a vision of his own neighborhood. As he contemplated what he could do in his community, one of the men on the street remarked, “You are wasting your time with the Prison Farm work and the open air services. Why don’t you do something for the children? The older ones are all set in their ways. Start the children right.” God gave him a desire to reach hundreds of boys and girls throughout the land and on June 15, 1943, the ministry of Children’s Haven was dedicated and turned over to the Master.
God later again spoke to Robert and challenged him to raise “a Children’s Haven for every saloon in America.” To this end, he worked unceasingly.﻿﻿ 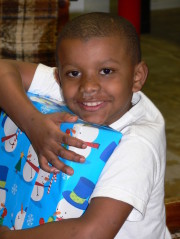